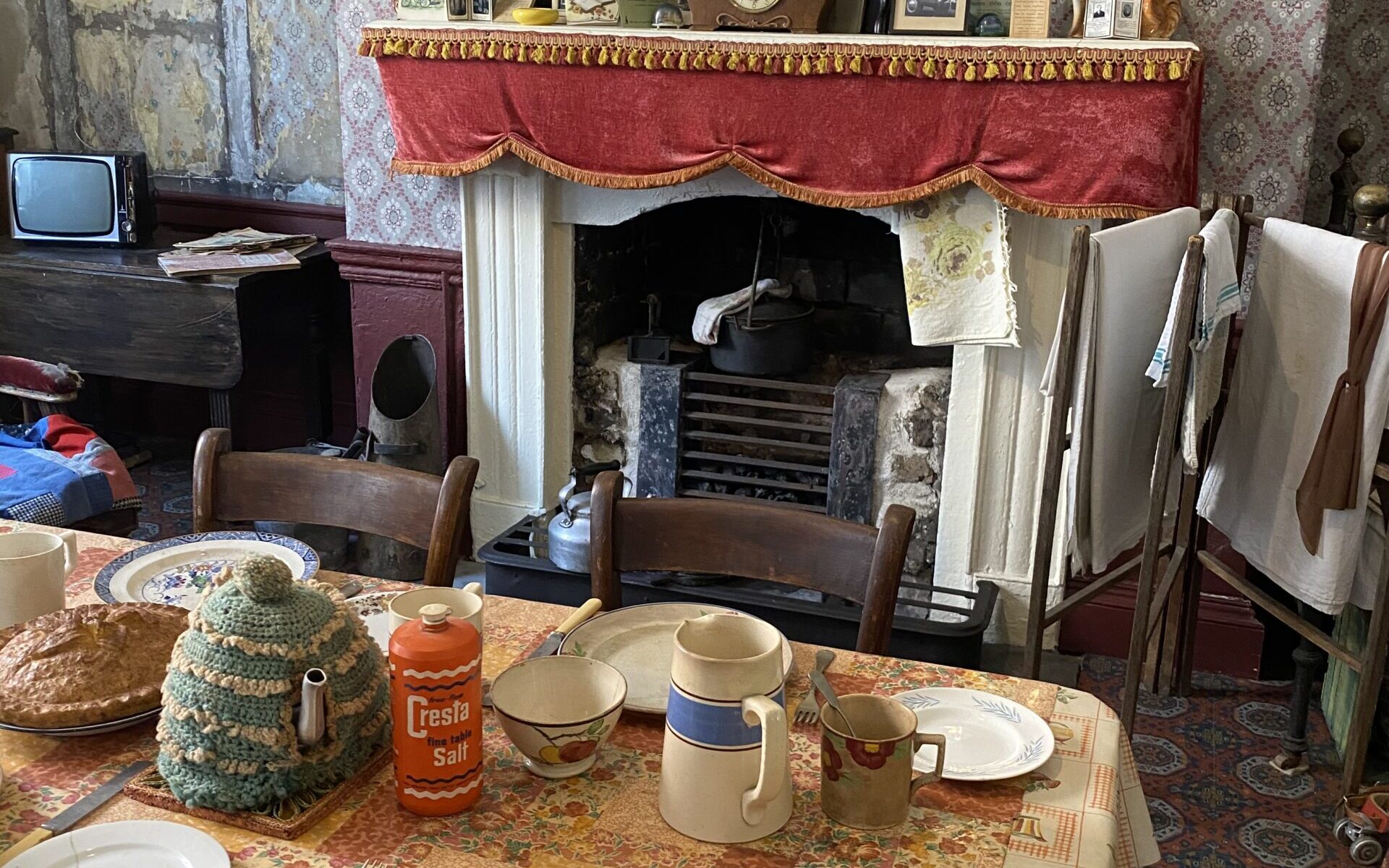 Luke Gardiner was a property developer in Dublin in the 18th Century. He developed large parts of Dublin City north of the river Liffey and became very wealthy in the process.

Probably his most upmarket development was Henrietta Street, laid out during the 1720s. This is a very short street, now known for The Honorable Society of King’s Inns building at the top. This is however of a later date, its foundation stone was laid “only” in 1800.

Henrietta Street was aimed at the very top of Irish society: nobility, senior clergy, top judges, and Luke Gardiner himself. Many of them would have seats in the Irish Parliament, either elected or through hereditary rights. For several of them this was their city house, as they also owned substantial mansions down the country. 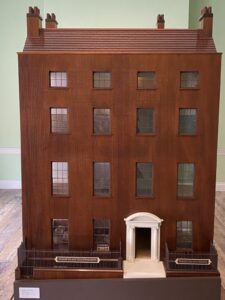 The houses on Henrietta are very large Georgian buildings. Number 14, of which more below, measures 9,000 square feet over 4 floors and a basement. The basement would contain the kitchens and storage space, it is where the staff would toil. The ground floor would be the main living space for the family. The Piano Mobile or first floor would have several reception spaces for entertaining guests. The top two floors were bedrooms and nurseries.

The first family to live in the house was the family of Robert Molesworth, who was a powerful politician who was created a Viscount in 1715. He was followed by several other rich and powerful occupants, such as The Right Honorable John Bowes, Lord Chancellor of Ireland, Sir Lucius O’Brien, John Hotham Bishop of Clogher, and Charles 12th Viscount Dillon.

That all changed in 1801. In that year, England’s leaders decided to centralise power. They had become worried because of the French Revolution, which has led to unrest in Ireland as well. By convincing and bribing members of Parliament, they succeeded in getting the parliament to vote for its own abolition. Powers were transferred to the parliament in London.

Soon the rich and powerful left Henrietta Street. They were at first replaced by legal people, lawyers, solicitors, barristers, etc. This included Number 14. In 1850, it became a temporary courthouse at the end of the Great Famine, dealing with the affairs of the many bankrupt country estates: the Encumbered Estates’ Court.

When this was no longer needed it was for a while used by the English army as a barracks until 1876. Thomas Vance bought the property and turned it into a tenement, by stripping out all valuable decoration – such as marble fireplaces – and subdividing many of the rooms. Since the famine, many Irish had descended on Dublin and there was a desperate shortage of housing. Just after the turn of the nineteenth century, there were over 100 people living in 14 Henrietta Street. It was an “open door” building, which means the front door was never locked. During the night vagrants would come in and sleep in the corridors.

It had no running water; and only two toilets. It was heated by open fires, which were also used for cooking. Lighting was by means of candles and oil lamps. It was not until the middle of the nineteenth century that gas and electricity was introduced.

Bugs and vermin would also be a continuous problem. It was said that residents arriving in the dark, would kick the stairs to scare away the rats. Floorboards were in a bad state; in many places you could see through them to the floor above or below. In many rooms there were holes in the floor.

Still, 14 Henriette Street was an “A” class tenement. “B” class were worse and “C” class were often sheds or stables.

The famous strike known as the “Lock Out” early in the century was a failure. But it did bring the appalling living conditions of many Dubliners out in the open. Action was delayed because of World War I, the War of Independence, the Civil War, and the creation of the Irish State. Plans were finally made in the 1920s and construction of suburbs started in the thirties. These provided much improved and healthier living conditions, although not the same sense of community. When several tenements collapsed in the sixties, it gave a renewed impetus to the building of modern housing. Apart from more suburban developments, this was also the time that Ballymun was developed. As per above, it was not until the seventies though that the last tenements were closed.

Number 14 was allowed to decay. As part of the Henrietta Street Conservation Plan, the local council bought the house after 2000. It started a long renovation process and it opened to the public in 2018, telling the story we have related above. For more information click here.

An impression of a tenement room around 1900. No blankets. Instead, coats were used to keep warm during the night. 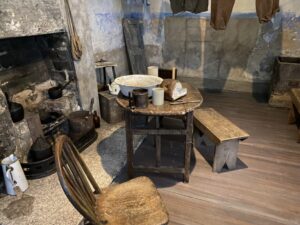 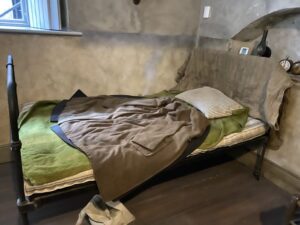 Tenement living in the fifties

Living room – with beds for the children,  master bedroom, and kitchen. 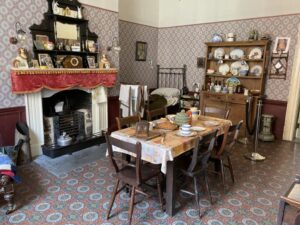 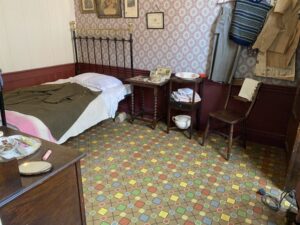 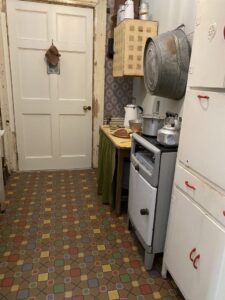