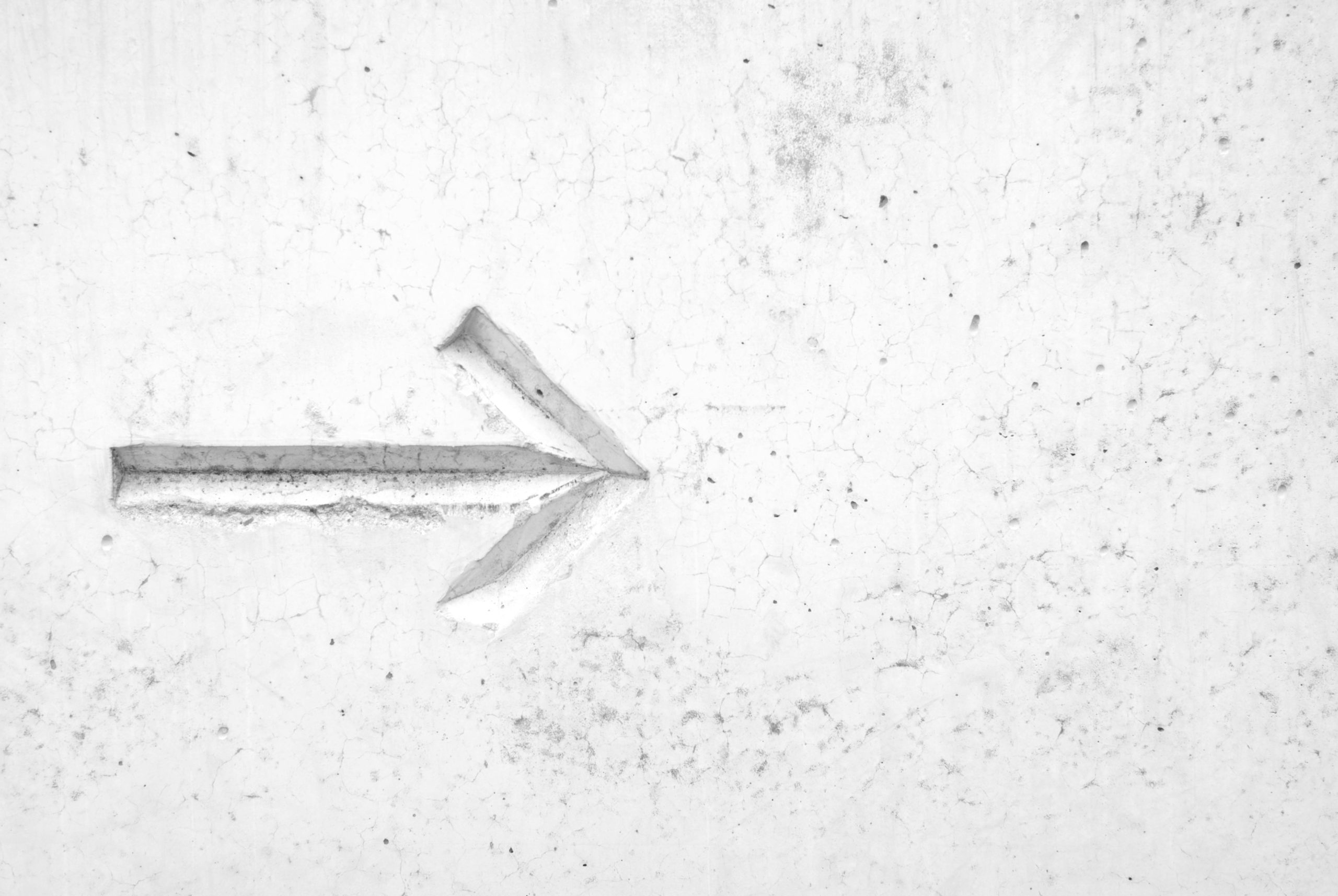 Payment card processing (whether using a debit or credit card) is the process of reserving and taking funds from a cardholder’s card and crediting the merchants’ account with these funds. The merchant can carry out this process by sending transactions through a payment service provider i.e. A Payment Processor.

Most cardholders will be familiar with the more traditional Card Present (CP) transactions. CP transactions are those where the cardholder is present with their physical credit or debit card. To complete the sale the card is inserted into a card terminal to read the customer’s data from either the magnetic strip or the chip-and-pin device. In many countries, CP transactions require that a secret pin code be entered to authenticate the transaction, or alternatively the customer is required to sign a receipt to authenticate a transaction. The customer may be asked to produce identification to prove that they are in fact the cardholder. Because the customer is physically present with their card, and have authenticated their transaction either by entering their pin number or signing for the transaction, the transaction is considered to be largely non-repudiable, i.e. the customer cannot easily claim at a later date that they did not authorise the payment to be taken from their card. This information is provided for training purposes. This booklet does not deal with Card Present Transactions

In all of the cases described above, the customer provides their card information, but at no point is the card itself produced. Because the cardholder is not physically present with their card, it is not possible to confirm the identity of the customer using any of the means described above (although there are alternative means which can be used, and which are discussed later in the document). Merchants, therefore, need to be particularly careful when processing CNP transactions because, in the event of fraudulent use of a card, the legitimate cardholder can repudiate the transaction.

The stages of a card transaction are outlined below – A Payment Processor, as a payment services provider, are primarily concerned with the authorisation and batching stages of the process. However, it is important to understand all parts of the process, as questions may arise from customers on any or all of the elements below.

• Batching: Authorized transactions are stored in “batches”, which are sent to the acquirer. Batches are typically submitted once per day at the end of the business day. If a transaction is not submitted in the batch, the authorization will stay valid for a period determined by the issuer, after which the held amount will be returned back to the cardholder’s available credit. Some transactions may be submitted in the batch without prior authorizations; these are either transactions falling under the merchant’s floor limit or ones where the authorization was unsuccessful but the merchant still attempts to force the transaction through. (Such may be the case when the cardholder is not present but owes the merchant additional money, such as extending a hotel stay or car rental.)

Card Authorisation is the process by which the customer’s card details are validated for correctness, and where their account is checked to ensure that there are sufficient funds to complete the transaction. Card authorisation is a complicated business, and the process of authorising a card transaction involves the input of a number of different stakeholders. When processing a card transaction through a Payment Processor, the card details are sent first to your acquiring bank, then to the customer’s card issuing bank via the card schemes. Despite the complexity of each transaction, the authorisation process itself is completed in real-time and takes no longer than 3 to 4 seconds to process.

Note: The card authorisation process is distinct from the transaction settlement process, in which transactions are actually funded.

When authorising a credit or debit card transaction, a number of key card details are used to identify the customer. These are:
• The Credit Card Number
• The Card Expiry Date
• The Card Security Code (the three or four-digit code usually located at the back of the card)
• Any Address Data provided for Address Verification (where supported, mainly UK based)

The Credit Card Number itself may be any length from 14-19 digits. The first six digits of the card number are known as the BIN or Bank Identification number – this identifies the card type (e.g. 4 for Visa and 5 for Mastercard) and the bank that issued the card. The Card Expiry Date is always in the form of MMYY. The Card Security Code (variously referred to as the CSC, CVV, and CV2) is usually three digits long and located on the back of the card. American Express cards have a four-digit CSC number which is located on the front of the card.

It should be noted that the only information guaranteed to be used in the authorisation of a card transaction is the Credit Card Number. The expiry date is usually, but not always, checked. The Card Security Code may be checked, but providing an incorrect Card Security Code will not always result in a card being declined. While A Payment Processor requires that a cardholder name be entered to complete every transaction, this information is gathered for reconciliation purposes only and is not used in any way in the authorisation process itself. The name provided by the customer may not match the name present on the card itself.

The diagram below shows the transaction flow for a standard credit or debit card transaction, outlining each of the key stakeholders in turn. 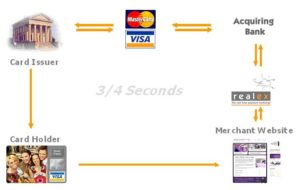 The card authorisation process is outlined below: 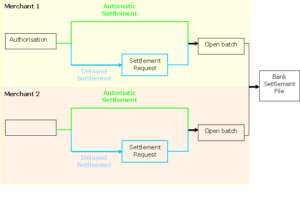 The following matrix shows the main Irish and UK acquirers and typical cut of time (note: taken from A Payment Processor). 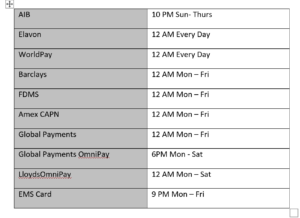 Transaction Funding is the process by which funds for an authorised transaction are transferred from the customer’s bank account to your bank account. This is handled entirely by your acquiring bank – once the batch file has been delivered, A Payment Processor plays no further part in this process.